Today’s story is about an interdisciplinary approach to building a career. It may be more centered about my goals and aspirations, but I hope that you can benefit too by seeing a unique idea process.

Now this is quite the statement to make, and to be honest it was formed over years of philosophical learning. I have always been fascinated with the philosophy sources of the world. Both eastern and western, ancient and new, as well as how they all formulate together. The synergy between them gave me one true outcome: Balance.

Yes of course there are other outcomes that may come out of learning as a lover of wisdom, but the utmost important piece is understanding that everything has a unique grey area.

This is probably where a lot of my polymathic and Multipotentialite tendencies come from.

Those two concepts are the purest form of innovation. Blossoming a magnificent matrix of ideas and actions. This is why I pursue the career that I do, which is to be a mix between Global Sustainability Development, Innovation/Project Management, and Social Entrepreneurship.

TL;DR | In short the outcome hopefully will be a Smart City Manager occupation.

Each one of these areas are unique enough to have a degree solely for it, let alone together. As well as are highly interrelated, and have many overlapping knowledge pools. However I am not one for traditional education, which I have talked about before on many platforms. That is not to say other people wouldn’t benefit from it, but I intuitively feel that I am best suited as an autodidact (self-teacher).

This being said there are many factors that come into play when striving for a career, and being able to prove my knowledge is a matter of accreditation. I created a Modular Degree (Do it Yourself Degree) of over 400 courses, all leading to the mastery I need to accomplish that longed for synergy. Over time I have dissected, and demolished the size.

Despite having such a large task ahead of me I have gone in head first into learning, and even creating content based around this Degree. I wanted to develop my personal brand more, and this was the utmost perfect opportunity to do it. Weekly I have been creating videos, and I have been lax in the podcast as well as written fronts. I will improve on that (I think this article is a prime example), as well I would like to make content on a daily basis. Allowing for much more valuable content to be in reach for people.

In particular people in need of a education of their own creation.

What does this mean? Sustainability? Well in my view, and from what I have learned from others in the field. This refers to the prospect of how cities and the world as a whole not only organizes, but uses their resources.

Allocation to the proper and needed areas, such as energy/food/people. Making sure that the sources of them are renewable such as wind and solar energy, as well as utilizing them in the most optimized way. Such as digital electrical boxes in your home for example.

I also see this field being heavily integrated into IoT (Internet of things), and the creation of smart cities. Which is rather the main reason why I am interested.

Granted both of these are quite separate jobs. Innovation consulting and Project managers have different responsibilities. Despite this I believe it is important that either has knowledge from the other field. Allowing for new project innovation. The production would become a far greater experience for all involved if the Project manager was trained in innovation.

As someone who has spent most of his life in the entrepreneurial mindset, even having his own business when he was ten. I have had a true calling in this field.

I know many other people are trying to become entrepreneurs to get rich or famous. For me those things will happen because of the changes I make to the world. The wealth would be from the impact I have had on people’s lives.

Truly I wish to see the world become far greater than what it is right now. We have so much potential as a species. Just like how Elon Musk wants us to become multi planetary; I want for Earth to become a Type-1 Civilization on the Kardashev scale. This is my intent.

All in all I foresee my life being that of an insurmountable challenge, particularly considering where I'm coming from, let alone where I am going. Join me on this "Journey of a Polymath"! 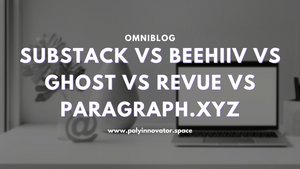 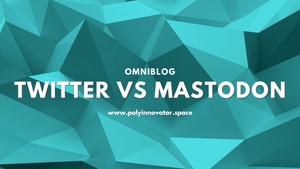