When you think of audio what do you think? Music, Clubhouse/Twitter Spaces, Binaural Beats, or podcasts? For me it is Music and Podcasts, the two biggest content archetypes of the audio medium.

Before the iPod popularized the term, podcast, they were known as either audiocasts or streamcasts, etc. When I started my audio shows I loathed Apple's products/services, which was simply a hard feeling. I eventually got over it, but for the longest time I would solely use the word PolyCast.

The term PolyCast is meant to describe the audio show for PolyInnovator, the Poly standing for MANY series/topics/guests.

One might think that talking about too many topics or niches is counter intuitive to SEO, but the reality is that my "niche" IS polymathy. Being multidisciplinary as a whole, and becoming a polymath over my life. The audio shows allow me to distill information in ways that I can't as well in written form.

This OmniContent concept is also part of that as well, for each "episode" or "sprint" I do, they all turn into a blog > video > podcast.

Allowing for the furthest reach to get into people's brains. Some people like to watch, others read, and others still - listen while doing things. This way I can cater to all types.

Hello I am Dustin Miller PolyInnovator, my mission is to innovate many fields over the course of my life, and my ambition is to help other multidisciplinary people level up their life in the process. If you are watching on TeleInnovator, or listening in on the PolyCast, then you have come to the right place for success!

Why is the PolyCast the way that it is?

I love many different fields and topics, that is the first and foremost reason. When quarantine came it seemed like everything happened so fast, and around that point I had about 42 episodes in the new "PolyCast" I had put together.

It was interesting because I only had 2 episodes loaded in, the 2 polycast self-education ones I made. When I got onto matchmaker.fm I started getting people ready to come onto the show. It was a very quick and exciting time, and so in an effort to consolidate all of my various contents, and to share evidence that my show isn't just a one off; I added in all of the separate micro-polycast stuff, as well as the United Living Construct podcast (as it was sort of dead at that time, but same topics).

In the end it totaled up to 42 episodes, which is the meaning of life, and I thought it was the perfect time to cap off "Season One".

The next season started up, and was completely full of interviews. More than other series, especially since the OmniContent was put on hold. I also had creative block with the OmniContent, and once season 3/4 came around that started to subside a bit. I started coming up with the ideas of how to organize all four types into a schedule. That didn't happen, at least not yet.

Soon I'll be getting the interviews back up, and start the secondary interview series. SO ANOTHER series to add on lol. However this one is about returning guests only, and it is a round two or rapid fire style. 30 minutes tops, and get to have guests back on to update into their lives.

You can listen to all of the episodes on this pod page!

How do I make various shows?

Ah logistics my greatest friend, and worst enemy. I love creating my own systems, but I hate following pre-made ones. I found that I really just had to follow my own style and intuition, or I just never would make episodes.

I start out with an idea, just like any other content piece I create. Actually before I came up with the OmniContent, let alone all of the crazy PIOS Notion system. There was a lot of experimentation, and planning out of content pillars. Meaning videos, podcasts, and blog posts all had their own databases and what not. I had lists of ideas that I wanted to talk about.

This episode in particular was something I thought up REALLY early on, despite the fact it has taken years for me to get to it.

As it is part a series explaining some of the various content areas/subjects, and in this case a content type. Just an explainer post essentially, and this one happened to make the cut. I think the rest ended up down the list for later, besides PolyInnovator Gaming that one stuck.

The really cool thing about Anchor.fm is that you are able to record on your phone to make an episode. After I moved off of Anchor it became harder to make my micro-episodes as I really liked being able to pull out my phone to share an idea real quick. It was often better than writing it down, or putting it into Notion.

Side note: I actually just downloaded the Riverside.fm app, as it is what I use to record my interviews. Maybe I can do my micro eps on it as well.

Those are just 3-9 minute episodes that I share a unique idea on. The other series get a bit more involved.

This sort of post like you see here is a written blog, I take that as bulletpoints for a video, and I do my best to describe the video in words; As I then cut out the audio for an OmniContent Polycast.

In both cases I am using either a tool or a repurposing system in place to make it easier.

As for the interviews those are REALLY in-depth, as I go above and beyond when researching a guest. As Lewis Howes says "It is the pre-show that matters most".

I do my research, make my questions, send them off to the guest, and I don't start the process until they have a date down. When the time comes I make them feel as comfortable as possible, we get going, and pretty much every time have a really engaging/fun time. Some even end up talking with me for an hour or two after the recording it is great!

The upcoming series such as "Round Two Polycast" or "Triple Threat PolyCast" are still being produced in the back end, so I can't share much on them.

I will say the premise behind both is interesting. The Round 2 concept is like a boxing match, rapid fire, and quick style. Considering my biggest weakness on the editing of original interviews was the sheer length, having a 30 minute episode is going to make it a lot easier. Although I'm not stopping the originals either, just slowing them down now.

The Triple Threat is even cooler, as I bring on TWO guests, plus myself and we all talk about our knowledge areas. Sometimes overlapping, sometimes opposed, and we transcontextualize our knowledge pools.

In short it is any sort of audio content I make, and it all converges onto the show "The Polymath PolyCast". Any interview, any solocast/fireside micro-polycast, any OmniContent, hell sometimes I get the urge to make a random 30 solocast.

So what? What does it even mean since you have so many series? Well that is because there are so many different types of people out there. Some people want a quick little bite while they are on the transport, others want something to listen to while on a long drive, and others still want something in the middle.

I believe that your podcast channel should NOT be limited to one content length type. Short, medium, and long form is the way to go!

A PolyCast is simply the audio arm of the PolyInnovator Ecosystem, and so regardless if it is an interviews or solocast, short or long, or something new altogether!

Please take a moment to rate the show if you have listened to an episode thus far! Even if it is today's OmniContent PolyCast!

I Encourage you to listen to a PolyCast today!

Well I mean of course this is what I would like for you to do, and with all of the options you could lead to decision overload. I just suggest starting out with a series you think is interesting. "Oh the interviews sound cool", or "I want something short like a micro-polycast.", etc.

The word PolyCast came about because of the various different show lengths, as well as the vast polymathic range of topics.

There are topics ranging from the future of social media, to the concept of breathing in the water for swimming, and so much more.

The only call to action today is please check out a PolyCast episode, even if it is a short one like an OmniContent or Fireside Micro episode.

Here is the video interview polycast playlist, from latest to oldest. 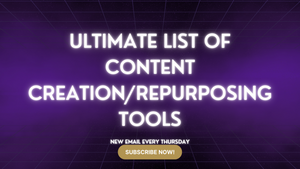 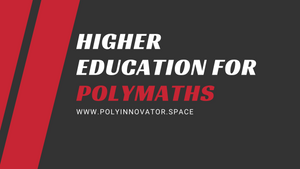 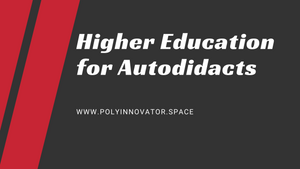 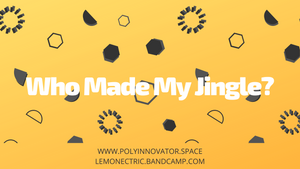