Growing up I was always a gamer, and as a single child I had a lot of time on my hands. I somehow always was able to get all three consoles, usually older models cause I wasn’t spoiled 😉 , but I would get a convergence of gaming.

Meaning N64, Xbox original as a gift, and eventually a PS2, and that universal gaming gave me a unique POV. I was able to see the beauty in all kinds of games, and wasn’t limited to just one platform. As I got older I got a job, and was able to afford my own consoles.

I mainly played Xbox 360 for many years, along with the Wii.

Nowadays between gifts, and saving up I was able to have all the consoles once again. (Plus my roommate helps with the Nintendo stuff!)

Xbox one, PS4, PS3 by chance, 3DS, a gaming rig, and my roommate has the Nintendo consoles. Once again I get to have that clear overview of the gaming world. This beautiful omnipresence makes me feel very lucky, and excited to share it with all of you.

Thus brings me to the point of this post, the rise of PolyInnovator Gaming in streaming. I want to expand into the videogame streaming space, and in the polymath way. I’ll of course create content based around it in my current forms. Alas the platforms are changing so much, so I want to try and be on each of them.

Check out my Videos page for more info:

How does it fit into the Ecosystem?

Well PolyInnovator is the culmination of all of my online presence, and considering how big a deal gaming is to my life. There is a perfect opportunity for them to mesh together. Sure it may see off that a brand talking polymathy and education, then switches to gaming or another phase. However that has been the plan from the beginning.

I've been trying to foreshadow it as much as possible, and I'm even making posts like these. Also when we change into the next phase it doesn't replace the old one, just the focus shifts. So both are still active in some form.

Gaming also plays well with education, as the Modegree is literally being built on gamifying learning. #gamification

Polymathy is the concept of many learnings, and being someone who has learned much. Many of the morals and stories I've learned from in my whole life, have been from games, as well as in gaming I have played polymathically.

In Skyrim I would use everything from bows to magic, to weapons and lycanthropy. In Kingdoms of Amalur: Reckoning, I would literally play down the Jack of All Trades pathway without even knowing it until later. I fell right into that path without even trying. In Fallout 3/NV I would play as a multidisciplinary courier/wanderer. My gaming style is polymathic, even in Apex Legends whereas most people would pick 1-2 to play as, I've gotten rather good with many legends.

What is the point?

For one I am obsessed with making content. Now as a more educational content creator it has to come from either out of nothing, or from interviews, or something of that sort. It is actually one of the most common, yet HARDEST ways of making content. Gary Vee talks about "Document over Create", which I did at the start of my YouTube channel, and now is what I do with the Now Series Vlogs.

However it isn't all that I want to do. I have a ton of games I've always wanted to play in my own way. Such as modding Skyrim or Fallout to the moon, and then actually playing it.

Here is a note, every PC I've ever built, besides my first one (as that was before it came out), was to be able to play Skyrim. Literally I've always ever wanted to play that game modded to hell, and looking super immersive.

Yet, with all of the iterations of my desktop, I have not played Skyrim for more than a few hours. I think part of it was after the difficulty of getting it to work with mods I get a bit burned out, but it is a fun game so is worth it if I tried. If I were to stream myself modding then playing however, I think that it would motivate me more to finally play it.

What is interesting is as well is the Mass Effect Trilogy, where it is getting reworked for modern PC's. I think that is a perfect opportunity to start a game streaming career alongside PolyInnovator.

I spend all of my time on this site or some form of PolyInnovator, the only other thing I do is play video games to relax. I still will even in that streaming future, but what if part of the time I was creating gaming content while playing.

That would make me feel more productive, and give people an interesting new take on PolyInnovator.

Taking the next steps 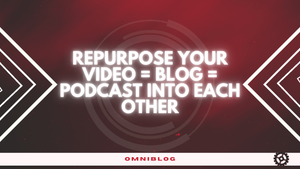 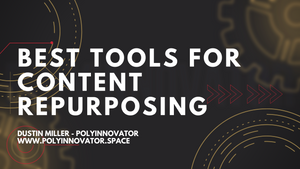 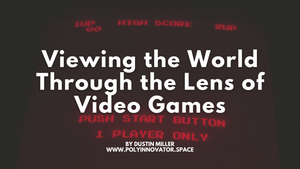 Viewing the World Through the Lens of Video Games

How to Go OmniChannel

The Future of Social Media