Hello, I am Dustin M. PolyInnovator, and I am a huge nerd. I've literally played most main series Pokemon games, let alone other various game series out there. I always look for unique ways to explain self-development and life. I was thinking one night about PKMN evolutions, and although I am writing this post later on after drafting the idea; I think I did a good job delving into the theme I initially set out for. Let's start:

Evolution (Japanese: 進化 evolution) is a process in which a Pokémon changes into a different species of Pokémon.

With respect to real-world phenomena, Pokémon evolution is more similar to metamorphosis than evolution. Evolution is mostly independent from the aging process, instead being triggered by external factors, such as gaining experience in battle or being exposed to certain items.
-https://bulbapedia.bulbagarden.net/wiki/Evolution

I thought it first wise to define what I mean by evolution in this case, in which Bulbapedia does a great job at explaining it. It is more of a metamorphosis process of dramatic change. Going from a little tyke of a creature, to a large beastly creature. This exponential change is a fascinating one, and I thought that it seems like our lives could be similar.

Why we Metamorphosize in Life

We are adaptable beings, and with the constant change of stimuli makes have to change our behavior and even physical structure. Sometimes in as little as a year we become a completely different person. We evolve, level up, or just simply become the next version we were supposed to be.

That's getting into the concept of predestination, but I think there is a level of trajectory we do follow.

When we have a change to be made in life then there is an opportunity for growth. I often tell my personal training clients that one does not "maintain" where they are at. We are incapable of such a thing, for we either GAIN progress or LOSE progress. It is ALWAYS and up or down motion, and the best thing we can do is get as close to the middle as possible. Get CLOSE to "maintaining", by resulting in a 1% change each day. Even if it is negative, having a 1% drop is far better than a 25%, for a random example.

The point of this post is talking about those large numbers. Perhaps (this is a random percentage) 50% or greater percent of change. Those large doses of deep change, those are the pivotal points in life where we metamorphosize. Let's note that it could be for good or bad.

I don't necessarily think there is "negative evolutions", like Charmander isn't going to go down a negative path, and become a skeleton PKMN. However we should see large percentage changes as a kind of metamorphosis point in life.

We have different points in our lives where the value we put out changes based on our output ability. For example as a kid you are likely to not output much, if at all, and so one could say that the societal value is low. That is not a harp on kids at all, just a perspective. Meaning the child stage of our lives is one of growth, and that is the focus. I'm torn to consider baby PKMN or the "Basic stage" as the child era of our lives.

Let's say once we leave secondary school, around our late teens, there is a point where we are at our basic stage. Full on growth from that point on.

At some point, perhaps in our 20's or 30's we will hit our first evolution. We reach a point where we have a solid job situation, perhaps a different life milestone, such as marrying or some grand education endeavor.

At this point I think a lot of people hit this stage.

Now not everyone will reach this point, as it is what I would consider to be quite successful. You hit this once you reach your goals, and you have achieved what you set out to achieve.

This doesn't mean you are done, far from it, for you don't throw your starter PKMN in the box as soon as it evolves now do you? You keep it with you, and take on the next challenges with your strong evolved PKMN.

This is the same mindset too, since you have already tasted success, then you are more likely to compound. You know what to look for already.

I'm throwing this one in for good measure, as perhaps the real world equivalent is that of the person taking full advantage of their abilities. They became the "uberman", "limitless" like with NZT, or perhaps just fulfilled their full potential.

I don't think it is possible to keep that high state forever, and even if you are in FLOW all of the time. There is a point where you gotta come down, as life is all about balance. Who knows maybe it is because you grow old. Although I have certainly seen plenty of lively elderly people too.

I'll find out when I reach that age I guess!

Point is that just like the megas in the games, this stage is temporary.

What does it take for us to Evolve?

I don't want to take a purely negative stance, but when we are in our lowest state in our lives. Then we are bound to bounce back in all new ways, and those are often the catalysts of change we use to metamorphisize.

"When we hit our lowest point, we are opened to the greatest change" -Avatar Aang, Legend of Korra.

There are times where positive events will spawn a change catalyst, but I feel like those are fewer inbetween.

The life we live is only as strong as our systems are. If fail to realize that we don't rise to our strengths, but rather fall down to the weakpoints in our systems; Then we are doomed from the start.

Begin by raising the level of your skillsets, and the habits you form.

If you are completely risk adverse, then you are failing yourself at taking a chance at life. I know someone who doesn't even leave their apartment, and when they rarely do they stick to the same patterns. I know all too well the life of a hermit, and I sometimes want to just go live in the mountains.

However you must be willing to step outside of your comfort zone, and try new things.

Notice the plural there ^, as yes you are bound to have multiple passions. In order to reach your truest form in life, then you must pursue ALL of your interests. It doesn't matter if it takes you all of your life, but you just simply don't stop. You find your Ikigai, and you balance out the various factors.

Now go out and find your next stage. Reach greater heights than before.

Think about what stage you are in life, and there are no real stones in life. You can't just take a fire stone, and then evolve right there. You have to gain experience, and learn from those encounters. That is how you will level up, and that is how you will gain the ability to evolve.

Here is a cool template for Notion you can use to gamify your life:

I encourage people to take this concept further, I feel that this post is of an introductory value, and if someone could delve deeper (even a future version of me lol) then it would be great! 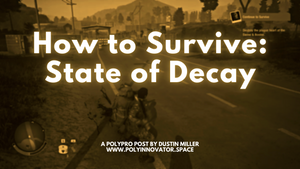 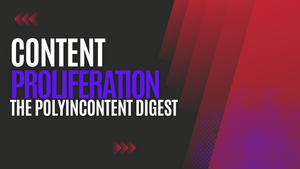 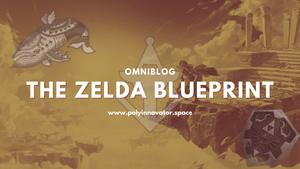