What Current Paradigm is Now

We live in a world where money is in the center of everyone’s mind, even if they think it is not. In a capitalistic society there is no escaping this fact, and even if you went OTG and found a place in the woods, why did you go out there in the first place? To escape capitalism. The very reason you are out there is to avoid money, maybe you like it out there too, but this is the reason.

Now is that such a bad thing? Yes. Money causes greed, corruption, and doubt. When the world needs as of now more than ever: compassion, generosity, and trust.

This is a terrible conundrum because who would want to give up money? No one, and this causes us to be stuck between a rock and a hard place. On one hand we would do best as a species if we just abolished monetary value, and replaced it with some sort of internet process (perhaps blockchain in a manner of speaking?), or bartering system, or some sort of trust. We have the means to have any tools, resources, or services we need. Meaning that if we just borrowed that power tool to fix our house, instead of BUYING it then leaving it in the garage for 20 years. Then our system would be much more efficient.

I didn’t really want to get so deeply into money like this, as the post has a much bigger purpose, but the point needs to be made that our society is inherently flawed. Especially in the technological unification standpoint. We have all this amazing tech, and we use it for trivial things, when we could be changing the world as we know it.

Why This Needs to Change

Trouble in paradise? Well we are far from paradise, and trouble was a few decades ago, now we are in hell.

In comparison to all of the thousands of years before us, we are the most “peaceful”, “cooperative”, least “criminal inducing” era ever.

There is still a tremendous amount more for us to go, and I think people are getting blinded by the minimal changes. Ignoring the bigger picture.

There is so much more for us to do, so many people STILL starving despite the world having plenty enough food to spare. Diseases still pose a monumental risk, recently the black plague surfaced on Madagascar. Yes, the “Black Death” that killed 30–60% of Europe’s population in the 1350's.

Note: I made this post back in 2017, meaning I had no idea about the Coronavirus, and the level of impact that something like it would cause. I just simply wanted people to be aware of our disastrous disease/bio-weapon response capabilities. Or rather LACK THERE OF.

This is a simple example that could destroy everything we know, our existence as a planet is already a miracle, but as a society, as countries, we are so incapable of surviving that in the slightest chance we get blindsided we will die.

Not just the U.K., U.S., Russia, China, or any particular place, but literally all of humanity as a whole.

This is not plea for help, it is a call to action. We need to start acting NOW.

How to Go About the #makeachangeunification

I am here to inspire you into action, and motivate you to keep moving forward despite the mountain ahead. We are one race, one species, and one planet. It is about time we start acting like it, and most of all start working on keeping our existence strong.

We may not be able to fully prepare for a thing like a meteorite, alien attack, or some sort of extraterrestrial event. We are however, able to prepare for the spread of disease by creating more preventative measures. We are able to increase the unification process between countries by bartering resources to unite under new unified banners. We are able to move forward by forgiving the past, and looking towards a new future together.

The U.L.C. is meant to be a shining light for innovation, freedom, and unity.

We, as in the United Living Construct, are the platform for which innovators can rise to new occasions. Giving people the means to make a difference in their communities, and the chance to change the world.

In an attempt to foster positive influence we created the #makeachangeunification movement. A process where people can have the precursor to sustainable innovation.

All you have to do is reach out to your community see what problems they are facing, and try to help change everything for the better. If their problems align with the global needs of sustainability, disease prevention and health, as well as the need for new innovative technologies being put to use. Which I would say most places would be in alignment, then you can skip ahead to a more higher level of change.

Deepening the connections of the global community, fostering new sustainable habits, and creating new endeavors for the world to flourish on.

What This Means for You

Your life is going to depend on challenging the norm.

No doubt about it the future will hold great uncertainty, and more so than ever before in the past. Our history has nothing in comparison to what the internet will do to us on scale, and the present mindset we employ as a species is making us drastically unprepared. Meaning your life will be inherently impacted by the others around you who are unprepared, even if you are!

This goal of unity through making a change is coupled with the habit of Self-Development. Improving yourself is the first step towards improving the world. If we can reach a cohesive self-developed society then literally every single person has made an attempt for change, making the bigger endeavors that much easier to get across the minds of everyone.

Your mindset towards change needs to evolve, and most of all your habits to follow suit. This isn’t a command, but a necessary course of action if we are ever to survive the coming storm.

Go out and MAKE A CHANGE! 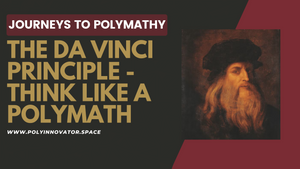