The PolyInnovation Operating System, or PIOS/PPS for short, is a modus operandi of life I have created over the past decade. Even before I created the first part of it, the Four Pillars (3rd part now), I had been conceptualizing it through all of the philosophy I was reading at the time.

Over time I found that the MIND, BODY, SPIRIT, and EMOTIONS held a big part of our daily existence. The four major areas of life I would say, and emotions held a unique place, one I would argue is separate from the mind. Whereas other philosophies clump them together.

Over the coming years after I had left school, and was focusing on improving my own life. In particular the ability to master my time, and actually do the habits I wanted to do (on a daily basis specifically). I thought to myself:

How on Earth am I going to fit all of this in on a daily basis?

Eventually it came down to employing systems to make the habits, rather than the other way around. That is most normal for people to awknowledge, oh I make a habit or two, and then over time they become a routine system. However it goes the opposite way as well!

Finally, I came to the conclusion that the endeavor I was doing at the time, the United Living Construct, wasn't going to work out the way I wanted. I for one wasn't "good enough" in my view to accomplish the goals I wanted for the organization. This realization made me think that perhaps school may be in the cards for me, but rather I realized I couldn't find the degree that suited my needs in the long run. Thus came the diy Modular Degree, and the start of PolyInnovator.

The whole point of the three tiered system, is to expand upon what we already know. To give a modern approach to ancient wisdom, and finally to make it more practical to implement. People often say to me "oh this is overwhelming", but it is not. Simply because a lot of it you already know, but how to organize the workflow you may not just yet.

That is the idea behind the 1, 2, 3, and why it is the foundation then Consistency, then final exponential growth.

Plus for polymaths we need a holistic over-encompassing framework to accomplish all of our divergent interests over time.

I find that being an autodidact, or self-learner, is crucial to the success of anyone. Any successful person you can think of, has at some point, attributed their great success to something they taught themselves.

Even if you are not making your own degree like I did, and you are simply trying to learn a simple skill, such as getting out of your comfort zone. There is a process to it, and you have START somewhere.

Everything you learn has to start with something, and that something is the foundation for how you can implement it in your life.

This was the ideology behind the Modular Degree, for if you have many skills you want to learn. Or want to learn anything in the Modern age, with the advent of internet resources. Then how do you go about it? There is no proven way to truly succeed with that.

Courses and MOOC's are what we have come up with thus far, but who is to say that is the best way to learn and incorporate skills in your life? The Modegree is meant to explore how we approach education in the current time. Not based off of old systems, and thrusted upon the internet way of thinking.

The PS takes this self-directed learning as the first step towards your own growth.

What is the point of living if you are not going anywhere? Putting any sort of peace in the moment philosophy aside, we are beings of progress. We are natural adapters to change, and constantly curious creatures.

Indulging in that, and creating habits around the new things our curiosity has drived us to learn about. That is what it means to be human, and the PS just is a way to try and organize those new habits.

What sort of thing are you doing every day to bring yourself 1% forward?

Again with the the daily things you do, what are they? Do you workout? Meditate? Create content? Plan your future? Learn from your past? Stay present in the moment??

What are the actions you're taking to accomplish the journey of who you want to be?

Sure we fail at habits sometimes, and this is why the "new years resolutions" are often a terrible idea. Prone to failure from the conception, as when the new year ends, so does your habit.

This is why goals are more important, and both micro AND macro goals to be specific.

The Four Pillars Philosophy takes your major areas of life, and in essence quantifies your building of the Pillars.

I find that a lot of people pick one first to work on, then spread out from there. Although a lot of people choose the MIND and BODY first, there are many others who prefer SPIRIT and EMOTIONS. Maybe not by choice too, and for me it was happenstance. As I started working at an exercise facility, and so BODY became my first real progression with any Pillar.

Depending on which one you start with too, the maintaining of other ones will often be looked at with that first one's lens. So be careful about that!

Finding ways to holistically build all of them up at once, as well as individually with their own strategies.

When all four are pursued, with the foundation, and systems in place; Then that is when you grow exponentially in life. Not only in your own personal world, but in my observations in success as well.

It is a constant movement, either up or down, and you don't always get to choose.

We are powerful when growing from our own accord, and it is a wonderful lifelong journey. However on the other hand, external influences can make a big impact too. Causing some Pillars to crumble, and impacting the other ones too. Such as health problems, or perhaps a mid life crisis.

This Personal - self/life, Poly - Many avenues of progression, Innovation - changing of your life, System - formula for maintaining as much focus as possible; Is a framework to over time prevent relapses in progression, or in other words  regression, as well as try to make it easier to progress faster if put into place effectively.

I'm not a guru, even if I would like to be, but simply a guide. I created this system after learning from countless others before me. Simply making a new version that fits me, and from what I can tell would fit you too.

See if you can try to start the foundation for your own life too! 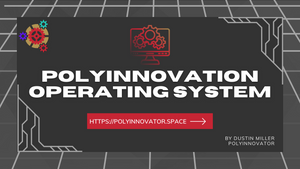 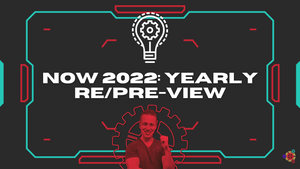