We belong to something new in this world. We are the future of the world here at the U.L.C. (Edit: for those who are unaware, the U.L.C. is what came before PolyInnovator!), and all of you reading at home. Despite that we have grown so much, there is still such a vast distance ahead of us. This means our potential is immensely massive, and yet not impossible.

The reason why I have my passion in life is that I envision this new world ahead, this endeavor, and the future of the United Living Construct every single day. I can’t wake up without first thinking of it. I can’t go throughout my day without making some sort of progress towards this future. Most of all I can’t breath until I get the U.L.C.’s path flowing.
-Dustin, PolyInnovator

Today is all you have.

You never know if and when tomorrow will come, and when you realize this simple fact your entire world becomes more clear. Everyday becomes the last day of your life, and the things you wanted to get done in the “future” must be done now. There is no time to wait. If you wait just one day you may not get it. All of those ideas, creations, and notions are going to be lost for good. Who knows maybe you are the next Bill Gates, the next Einstein, but if you do not act now you may never get that chance!

The sacred stability of your mind ends up being both a blessing and curse. Most people do not want to think of death, or the fact that they could die tomorrow. It literally goes against our natural inclinations! The thing is that when you realize how close to death you are, it makes everything more important. It makes your days seem amazing, makes the people around you cherish-able, and it makes the goals you have in the back of your mind come to the front.

In this open state you get so much done, your productivity grows ten-fold. The crazy thing is that it is not flow, it is not alpha brain waves, it is not even the Mozart effect (all of which are amazing for productivity). This is simply your mindset changing, currently you feel like you can put something off, even for an hour. This mentality seems normal and alright to you, but we need to change that as the severity the world is facing is something that cannot be put off.

Despite our growth this is just a dream at this point, a dream that will change the very course of human history, and it is not to say that it is some sort of revelation. Literally what the U.L.C. does is take the greatest information, knowledge, and wisdom from throughout history and apply it. Innovate it, and live by it.

There is no reason that after thousands of years of philosophy that a majority of the world’s population either hasn’t even discovered any of it, or that they do not practice it. Buddhism for example is a very simple base philosophy, sure there are more advanced concepts, and even extremists, but when you look at the basic practice there is a level of beauty within itself. This is why the Dalai Lama even has said that it is not a belief, and that it can tact onto any religion. If anything they will learn that they may like it more as a spiritual belief, or it enhances it. It is all relative, but the point to make is to establish a philosophy with everyone.

You don’t control your life, you experience day by day, and the better prepared you are is what is going to allow you to experience more. This is the idea behind looking at the beauty around you. Before you know it, it may be gone.

This is where Self-Development comes in, and mind you this is a Philosophy post not Self-Dev, but this just goes to show that they are all connected. To be the most prepared you need to be in a state of harmony with yourself. This means that you have no regrets, and those could even be as simple as “I wish had worked out yesterday”, if you had then you wouldn’t regret it. Reaching this potential is as simple as doing all that you want yourself to do in one day.

Imagine this, if every one on the planet would start practicing this simple philosophy. To not regret, by doing anything that you would have regretted not doing. Or inversely not doing anything you would regret. This would alleviate many people’s LIFE problems, let alone daily happiness, and less depression all around. #noregret

This world would be massively more peaceful than it is now. This is just ONE philosophy, one that for the most part I only thought about today and yesterday. That is not to say it hasn’t been around for ages now, and there are great philosophies just like it everywhere. We just need to have the personal curiosity to go out and discover it ourselves. It can’t be forced, it won’t stick, and that wouldn’t be kind. If we can influence people, guide them, and become “Beacons of Light”; Then we bring people up.

The Mind has much Potential

Increasing your cognition or focus is great and all, but the real kicker is the change of your Mindset. From Tony Robbins, Bill Gates, to Gary Vaynerchuk. They all have said many times that the change of mindset is what got them to be successful. Tony would change the way he approached situations, and was able to make brilliant business deals because of it. He meditates regularly which helps him stay in a strong mindset! Bill Gates would have never gotten into computers in the way he did if he had listened to his peers, and adults around him. At a young age he had a lot of access to computers for a time when there wasn’t much at all, so maybe he would have worked at IBM. The problem is he would have never made Microsoft had he stayed on that path, he changed his mindset and become the most successful business man in the country.

Finally we have Gary Vee who has become a media sensation, especially in recent years with YouTube and #askgaryvee. From a young age he had the mindset of a businessman, but the point to make here is that anytime something new came along he would change it.

Back in the late nineties email marketing was unknown he tapped into it, and his company boomed. Then YouTube came around, then Twitter, then Instagram, and now IGTV. On literally all of these new platforms he stayed ahead of the curve by changing his mindset, and realizing what these sites would be worth in the future. He managed to pretty much dominate almost all of them, all by changing the mind.

Your mind has the potential to become something like the people talked about previously. You have the potential to create something magnificent if you were to just simply put in the effort, and develop a mindset for creation. At the moment of this writing I personally have changed my mindset geared towards making content that can both help you in the short term and long term. Instead of just one or the other. This site is meant to change your world, and in turn if we do that for enough people, it will start to change the world. That is the mindset of the U.L.C., and you are welcome to use it yourself!

Challenge the norms of your life, and create a mindset geared towards making you successful in life! Demonstrate to others that just by changing your mind, you end up changing your whole life. There is many things that relate to this topic today, and in the future if you want articles about them, then comment and we will get on it! I.e. Law of Attraction, Flow, Focus, and Limitless.

It is amazing, not in the good way, that people deal with some of the most primitive parts of our lives. Anger, sadness, and hatred on a daily basis. Recently I got more irritable, and particularly angry at one point, which almost never happens. Ever. It shocked me that it even happened, let alone that I was capable of it. That is the thing though, despite growth and discipline, we are all prone to feeling. We are all prone to mistakes, it is just our job however to minimize the amount we make.

Changing your mindset can be as easy as making a decision to do so, or as hard as climbing a mountain. It really depends on your situation, and your inclination towards change. Sometimes it is easy when you are gearing yourself to do it, such as if you realize how much effort you need to put into something for it to become real. You change your mindset to produce stronger habits, and create a new regime to base your mindset into. This what the U.L.C. when we created the new website and content. Focus on the things you want to create, and give it everything you have to do it!

Go out and change the world around you! 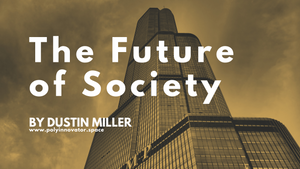 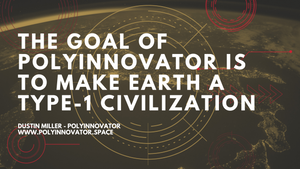 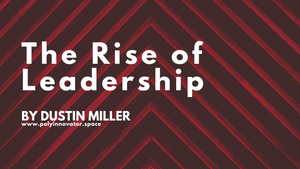 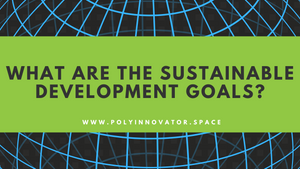 What are the Sustainable Development Goals? 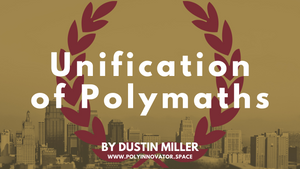