It is the start of a new year, and let it be kicked off strong. It is a cold, rainy/windy day, and I for one struggled all morning. I had a late night, and I knew it would come to bite me. However the weird part is I woke up an hour earlier than usual, and as of late in the past month I had been waking up an hour late most days ironically.

Perhaps it is because of the new, and my body realized I wanted to do more this year. haha

Given that this is the first piece of content I am working on in the new year, and it is already the afternoon (when this should have been done in the morning). I am not setting a great example for the year to come.

My goals are something I try not to talk about actually, I find that by telling people it just leads to expectations and disappointment. Although the literal point of these Now Page Updates is to share them.

My two goals for last month were to finish releasing the interviews, and finish making the LLC for PolyInnovator. Both of which I did not complete. I did however get a lot of interviews out, and once again it was a hard month purely cause of the season. Makes me not want to get out of bed, irritable, and even seasonally depressed. I made it through though, and I intend on taking full advantage in this coming year.

I managed to find a really well kept Xbox One X, which on this side note is something really important to me. I fear that it may get me to be less productive, but it also is my ONE release really. I don't care for drinking, and I intend on not drinking at all anymore. I don't have much in the way of going out activities, purely just karaoke, and I sometimes am working that. I get the pleasure of singing.

So video games are my one release, and playing on my PC hasn't really cut it for me. There is just something about hoping on the couch to play a game. I do think it would make for interesting streaming too down the line when I start up PolyInnovator Gaming.

For the first time in a long while I am more excited to write about what is coming up, rather than write about what happened. I even wanted to minimize what I touched on from last month. Just so I could move onto this section.

Let's start out with my calendar for this month:

In notion I made three cals, one for the Modegree, one for master task database, and one for omnicontent creation. I recently, and painstakingly, merged my OmniContent and Omnichannel Content Creation databases. The latter being for all kinds of content, such as isolated videos or blogs, or even these Now pages.

As you can see I have stuff planned for every day, if not a couple times a day. I am desperate to get the transcriptions and takeaways for the interviews made into blog posts. So I planned on doing those every day just so I can get them out.

Not sure how well that will go, but I have it cut off at the end of Feb, just so I don't burn out. As well as many isolated posts or interesting OmniContent episodes planned. That really go with the topics I really want to cover.

In other news I will be working for family to help them out, and that will help me with my financial strain. Which is a big part of my stress, and perhaps even allow me enough income to finally save up.

Other than that I can't say much, except look forward to all of the content coming! 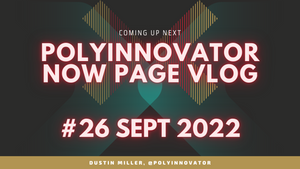 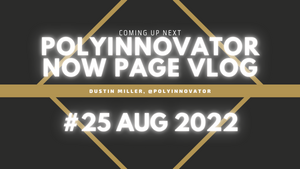 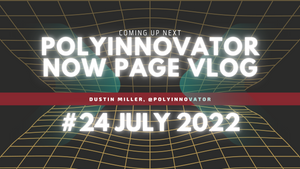