University is touted as the ultimate place of learning and experimentation. Is it really though? Do colleges let you choose to take a random class that you found fascinating, or do you have to follow their own rigid structure?

This video by James Jani really helps to get your mind into the thought process of "is college really worth it?". Allowing you to understand both sides of the spectrum.

Growing up we are told if we want any sort of success in life, then we HAVE to have a degree. However examples shown in media or success stories often have something different to say. Looking at Bill Gates, Steve Jobs, or even Leonardo Da Vinci, all of which are prime examples of 'rebels'.

Society labels them as rebels, as they weren't able to fit into the norm of using their degree. However is it really true that we use our degrees in our lives that much? To most employers it is a simple piece of paper, and unless you are intending to go into a highly specialized field then it is not always necessary. Let it also be noted that even for doctors and lawyers, although you have to have a degree, the one specialization isn't always the minimum needed. Often nowadays you either need to hyper-specialize, or go broader and learn something like coding or content creation.

As James mentions in the video as well, "a degree might get your foot in the door, but it stops there", and that is because the employer is looking at you as a person.

There is the transactional understanding, that a degree equals a job, but we have literally seen over the past decade that this is NOT the case. So many people with highly regarded degrees working at fast food or retail. Getting a job is a lot harder of a process, and to be honest college almost hinders your ability to get one.

You lack the time to work as many jobs, and in places like Silicon Valley for example; They actually want you to work for many companies over the course of a decade, rather than one company for a long time. When you choose to go to school, then you have the choice of opportunity cost. Schooling or Working.

A Change in Perspective

I will be the first to tell you that college is a life changing experience. You might ask well how do you know, you don't have a degree? I did a stint at college for a year, as well as stayed on Mizzou campus for a week (week long film course), and I also have lived in a college town all my life (talking to countless people from all walks of life). For someone with little college experience I have gotten a lot of understanding about the overall experience.

College gives you great networking abilities (let it also be known that networked people in the academic space are amazing, but they don't always have the ability to help outside of academia*). College teaches you to get out of your comfort zone, as well as to try new things on a more regular basis. Perhaps even get to a research level on those things.

College also is for the place for people who don't have as much systems in place. If you need the external pressure in order to get your work done for example (no shame in that, it helps to have a safety net). For myself I found that I could get myself to learn, and make myself continue learning when it got hard. A skill that is desperately needed by all people, regardless if they are in school or not.

Universities have overwhelming become all about the money, whether it is from sports, or from the student's tuitions. Even in the UK where school used to be free, it has now gotten to the point where you have spend in the tens of thousands just to get a degree. A lot of the population are not able to afford that, on either side of the pond, and that leads people to have to go into a lot of debt.

The regulatory factors don't help much either, as student loans are different from traditional loans. In some cases you may be able to get them forgiven, but it is project that MOST people are going to fail to repay their educational loans.

The Value of a Degree

Now the pieces of paper are a dime a dozen, and most students are getting academically praised artificially even as well. Making their achievements a bit less valuable, since most people are getting inflated as well. It makes the cutthroat competition even worse.

As I mentioned earlier in the post as well, that degrees are not worth as much as people are told they are. I've gotten my foot in the door of many companies simply because of my charisma or online content acumen. However that also has caused me to miss out on opportunties simply because the hiring artificial intelligence, that many companies use, has automatically thrown out my resume. Simply for not having a degree.

A Life of Debt

As someone who is relatively young I have had a lot of experience with debt. Ironically since none of it is student loans, but when I was a teenager I had a credit card. Even after I paid that off I had gotten various credit lines, which I would extremely advise staying away from. I.e. Amazon or Google Credit.

However I accumulated debt for a variety of reasons as a late teen, and paid it off by the time I was 21. Teaching me the value of paying more than the minimum payment, oftentimes double, as well as being able to build up a credit history too.

To my knowledge I am unsure if student loans truly impacts your credit score or not, but defaulting on them certainly wouldn't help it rise. With the sheer amount of debt you get from student loans (not counting the less responsible of us who spends their loans on non-essential things), then it takes over a decade (or maybe two) to pay them off.

If you ever pay them off.

Finally, the idea of college or university is that of an old outdated model. For the university was created as an experience for those who simply wanted more education out of their life.

For those like myself, and perhaps you, who are more autodidactic. People who needed an environment for self-learning and growth. College came about to prepare people for a job, and in the mid 1900's really was a way for people to climb out of the poverty line.

Once you get towards the 1980's, let alone 1990's, then things start to change. People started getting degrees at higher and higher numbers, and getting to the 2000's it was the cultural norm to have at least a bachelor's.

The stigma of not having a degree alone pushed people into getting one, and because of that universities started exponentially increasing their prices. Lobbying congress and the senate to keep things the way they are. Not having to pay taxes, and causing students to have to go into debt in order to even get an associate's.

One thing I haven't touched on in this post, is the idea of learning, for do you ACTUALLY learn anything in college? That is a debatable topic, and one for another post. However I would argue that it is more pure memorization, rather than true learning. Unless you do something about it. If you choose to go to college, then do it for your sake. A degree in medicine or law because you choose to, or because you want to have a degree and learn. Not because society tells you that you have to have one. 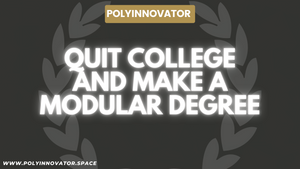 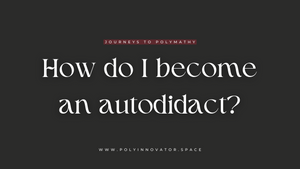 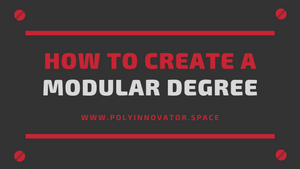