You gotta cut through the water like a knife!

Commonly known as streamline, the tightening of the body into a thin missile-like form, it allows you to transition into swimming. Cutting through the water akin to a torpedo, and even when you swim you often reset to that mentality.

I mentioned it as a reset, when you aren’t swimming you are streamlined. Some people may not like this idea if they are swimmers, but if you were to see yourself in the third person. Pause. Then look at your body; Your hands would be above your head, often in a clockwork wheel like pattern, your legs would be straight (not taking up a lot of space), and most of all your neck would be aligned to your body.

This whole form is meant to allow you to take up as little space as possible, while at the same time cutting through the water swiftly to then be able to pull strongly.

A lot of people fail to be this streamlined version of themselves, and master the smoothness of swimming at first. This is because they start to panic, and/or focus too much on breathing. They lift their head up in anticipation to breath, or they mess up the arms or legs for the same reason.

When you look up you put strain on your spine, and that causes it to go downward in a counter reaction. This all happens unintentionally, but it is really critical to your swimming. You could be kicking perfectly, but as soon as you look up your legs go down. Think of a seesaw!

The idea comes from aligning your spine to be as flat as possible (if you look at a spine it isn’t flat obviously, but we do have a common position). I didn’t mention this part before, but the second part of this step of swimming is to put your chin down. Aligning yourself more like an airplane underwater, and then the water goes over your head. It actually makes you go measurably faster. However it does feel weird if you’re not used to it.

If you are wanting to progress as quickly as possible I recommend this: Focus on the 2A step, which is just face down. Get used to your face being under water, turning your face out of the water, controlling your breath, and staying calm. Only then can you get used to the chin being down on top of the face down.

It is all about how you will think in the moment, and I’ve seen people react in so many ways. This pattern ^ is ideal because it gets you calmer and calmer as time goes on.

Out of the Three Steps…

This is bound to be the step you think about the least, but it is going to interrupt your swimming far more than you realize. Each of the 3 Steps has a reason for being there, and IN THAT ORDER no less. If you don’t kick you’ll sink or not move, if you face is up you’ll sink, and if you don’t do your arms you won’t move well enough.

They all come together, and your face being down mixed with arms is literally leading into HOW you breathe while swimming. 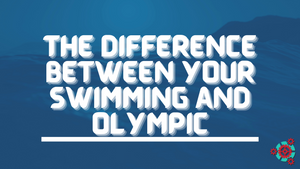 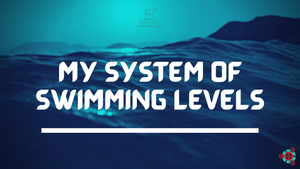 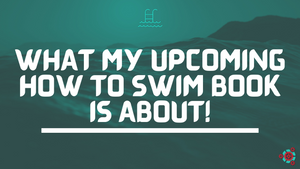 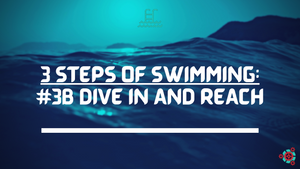 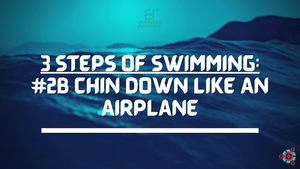