Alright, these updates through the Now Page are really exciting for me. I think VLOG's are a lot of fun, but I had a hard time with consistency of them. With the only "requirement" being that they come up once a month. There is a lot less of the pressure to get them out, and considering how much can happen in a month there is a lot to talk about.

I decided to move to Ghost CMS, as I had been looking at it for a while, as well as it seemed to be an ever better option than Wordpress.

For one Wordpress had so much metawork involved, such as constant updating plugins and WP itself. Literally pretty much every time I went to my admin I had another update, which often kept me from writing. I know that is a bit of an excuse, but anytime there are layers between you and the task the brain does try to get out of things.

As well as, the fact that no matter what I tried I couldn't ever get my page speed up. All culminating to the fact that I had a site that needed to be modified every so often. Maybe cause of my ideal for striving towards perfection, but it kept me from creating content. I felt that Ghost solved that issue by being more minimalist. It even has things like a CDN, SSL, SEO, all built into Ghost Pro. Vs on WP I had to do all those manually.

Haha despite the awesome benefits of the new platform, the minimalism actually was a problem at first. Ghost is what is known as a headless CMS, so the front page concept was something you'd have to create by coding it or finding an alternative. Essentially the basic homepage is just an archive of blog posts. However with mutliple content types being my thing, #OmniContent, that home page needed to be more.

I found that I could embed a "page", which is a taxonomy in Ghost alternative to "Posts", as well as have a list of blog posts on the home page with some tweaks to my theme. I got down and started coding again for the first time in years, which was cool how much I remembered.

Eventually got the page to show all that and more, and then came the next problem. The menu.... Ghost doesn't support drop down menus, and I didn't want to have just five links at the top, as I want it to be as easy as possible to get to the other platforms like YouTube or Spotify that I am on. Not to mention other pages on the site like Support, Tags, or Privacy Policy that are rather needed for any site.

This isn't part of the post where I am complaining because I know all of this will be well worth the trouble, but I simply wanted to explaing what I've been doing all this time!

Benefits of the CMS

With the way it is set up, there are simply just tags, which allows for a much simpler organization of content. The taxonomies you could say, between that and all of the series/content types/ and specials I like to do; There is a lot of opportunity for creative organization. Such as documentation or OmniContent, etc.

This takes the need away for having custom post types like in Wordpress, where I had edited the posts for OmniContent type display, created a documentation post type, and then there are PolyCasts and Videos too. Whereas with Ghost they all work as tags, so they have their own Archive, as well as are easier for me to creative swiftly. That is more important, so that you all can get to reading them quicker.

I started a personal type blog on Airtext.xyz, a blockchain platform, as a means to keep up my writing habit. I was rather consistent, but it was more about keeping my skills sharp, and being able to go back when I'm old to see what I was doing. These Now Pages Vlogs are actually for that purpose as well.

I tone down the need for perfect organization, search engine optimization, as well as making them perfect. That way it is simply like a bullet journal, that just happens to be public in case people are curious. The Codex idea came from someone I had on the #PolyCast, and I really liked it. Sort of like Da Vinci's journals, but in a modern way.

You'll find that too they are less formal like I said, but knowing me I'll still probably spruce them up a bit by pure habit!
My intention is that the more I write, the easier it would be to write books in the future.

Since there are a lot of changes right now, from moving 99% of my blog posts from multiple sites down to just one (here), and even releasing a PolyCast interview everyday (I skipped this past weekend for mental health, #burnoutprevention). There are a lot plates being juggled, and that isn't a bad thing. Honestly it is a bit exciting. It reminds me of how I was when I was working 6-8 positions at once at my first job. I love the challenge.

I always want to provide as much value as I can, it has been my driving factor in much of my successes in life. Such as swim instructing, I always tried to make sure the person I was teaching made some sort of progress that day. With each piece of content I make I try to make sure you get something out of it.

I'm not sure why I hadn't done this before, perhaps just the cost of transcription, or I was distracted by purely creating. However for a lot of my PolyCasts I want there to be written posts on them. For example transcriptions of interviews with the interview embeded, or blog posts on some of the other types of PolyCasts as well. The OmniContent already has blog posts, but perhaps the Fireside Micro-PolyCast will get posts from time to time, etc.

So at this point I've been blogging since 2011/2012, and I've made around 180 blog posts. Including all of the United Living Construct posts, the Fireside Blog (now Codex), Kotaku (I had made a couple posts on there when it was still open to do so), and even the documentation I had made for PolyInnovator.

Honestly, 180 doesn't actually seem like it is enough, and the time span of me blogging I should have made more. Here is what happened, I had moved from wordpress.com to wix, to medium, to wordpress.org, and now to ghost. Each time I moved I would revamp old posts (sometimes adding 3x the amount of content in them), instead of purely creating new ones.

This way the content not only gets updated to the modern understanding of that particular subject, but also to my improved writing style and formats.

This is what I want to do now with all of my old posts. If they are special I'll keep them almost exact, but some of them I feel are incomplete or need more context now that they have changed. For example I have one that is about the U.L.C. being Reborn on Medium, well that is no longer the case. So I'll be modifying that to Ghost. Cases like that, and hopefully they will be ever better for you to read too!

Daily Interview Releases Until the End of the Year

Something I mentioned in the video, is that I have recorded over 70 interviews at this moment with AMAZING guests on The Polymath PolyCast. There are some people that have been waiting for months for them to be released, all because of the ideal of consistency. Where I had learned that consistency mattered most for growth, and creating a rate where people wouldn't have too much opportunity cost in time.

Although I didn't like how people were waiting, so I decided for the rest of the year I'd be releasing an episode a day (ideally), and that way people would get their episodes out. It has been a grueling task to edit, render, upload, and promote all in one day but so worth it.

I will say my promoting is minimal right now, as I still have yet to find a tool I can use effectively for the ideal campaigns. Despite that excuse for the moment, I have every intention of promoting each one for a long time to come. In fact I have plans for taking a pause on recording new interviews to a degree, and focusing on at the start of next year to focus more on microcontent like clips on social or IGTV.

That way I make sure everyone of the guests gets their time to shine.

All in all, everything is looking up, and even the challenges I've been facing I can work through. I have the confidence and excitement to keep pushing forward.

I hope you all enjoy what is coming! 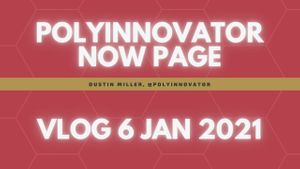 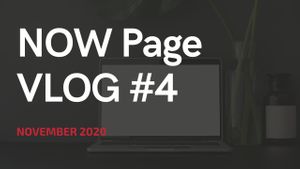 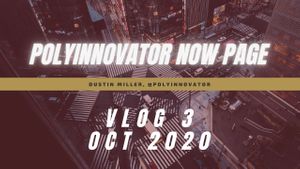 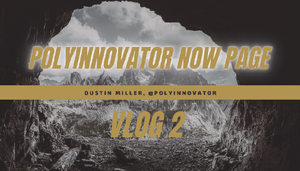 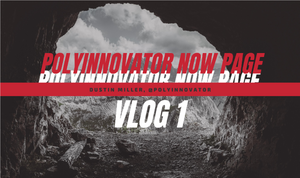 Get the latest news coming from the PolyInnovator Ecosystem!